Off the press July 2017 (Harper Collins)

"Was it luck that gave me the chance to race at Bathurst? They say Luck is when Skill meets Opportunity. In my case Luck came when Not-Quite-Enough-Skill overshot the braking marker, speared off the track, and slammed into Opportunity while Opportunity was doing its best to get out of the way."

Shane collects vehicles the way some people collect spoons, and has driven everything from rattletraps to racing cars, sedans to semis, forklifts to Ferraris, Fords, Holdens and everything in between.

In Rev Head, Shane puts his foot to the floor and takes us on a wild ride down the highways and byways of his motoring obsession. Deadly billycarts, drag racing in a Commodore station wagon packed with dental supplies, driving the world's rarest, strangest and fastest cars, competing at Bathurst, rallying and some spectacular crashes - this fast-paced and often hilarious collection of motoring yarns will keep rev heads everywhere on the edge of their seats. 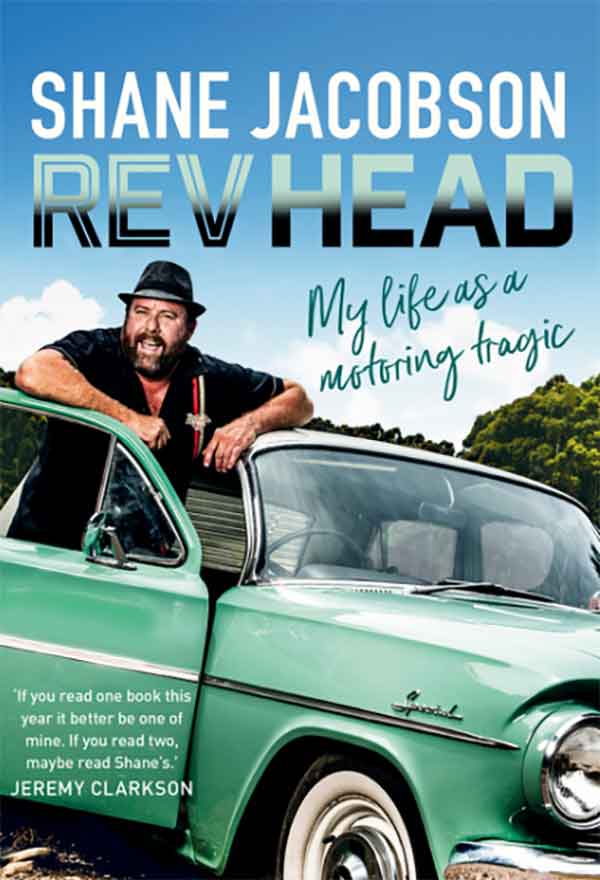