A Night Out with Shane Jacobson and the Melbourne Ska Orchestra

For one night only! On the 6th of February 2015 two of Australia’s most popular acts – the multi-talented Shane Jacobson and the exhilarating Melbourne Ska Orchestra - came together on stage for an evening of hilarity, mischief and music at The Palms at Crown.

Shane hit the stage with Australia’s big band sensation, The Melbourne Ska Orchestra, showcasing the individual mastery of a 30-piece band that has enthralled audiences around the globe with their infectious, explosive, rock steady sound. Conductor for the evening was the insanely charismatic Nicky Bomba and, together, Shane and Nicky created a powerhouse comedy duo that delighted and engaged a packed house as they performed tunes from the MSO’s Aria nominated album, as well as hits from James Brown, Ray Charles, Glenn Miller, The Specials, Madness and many more. 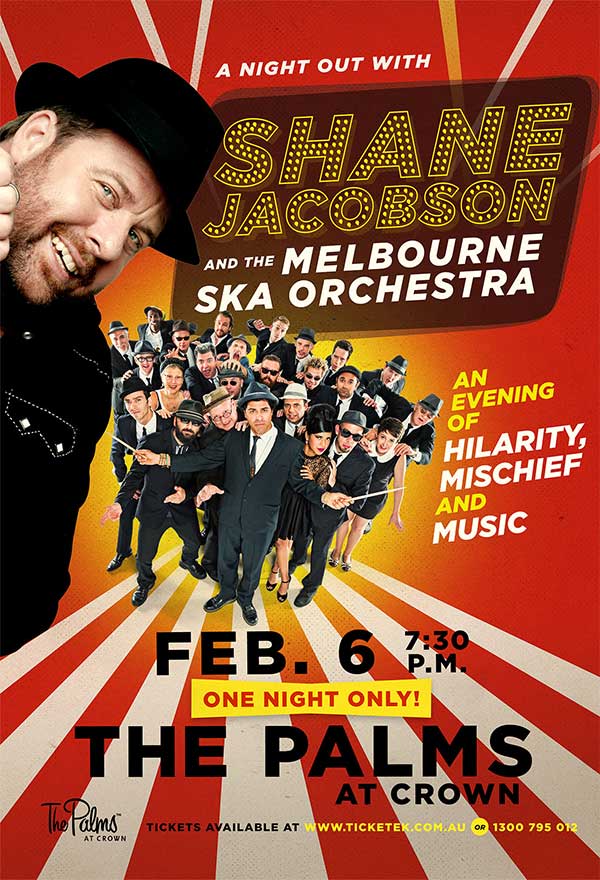 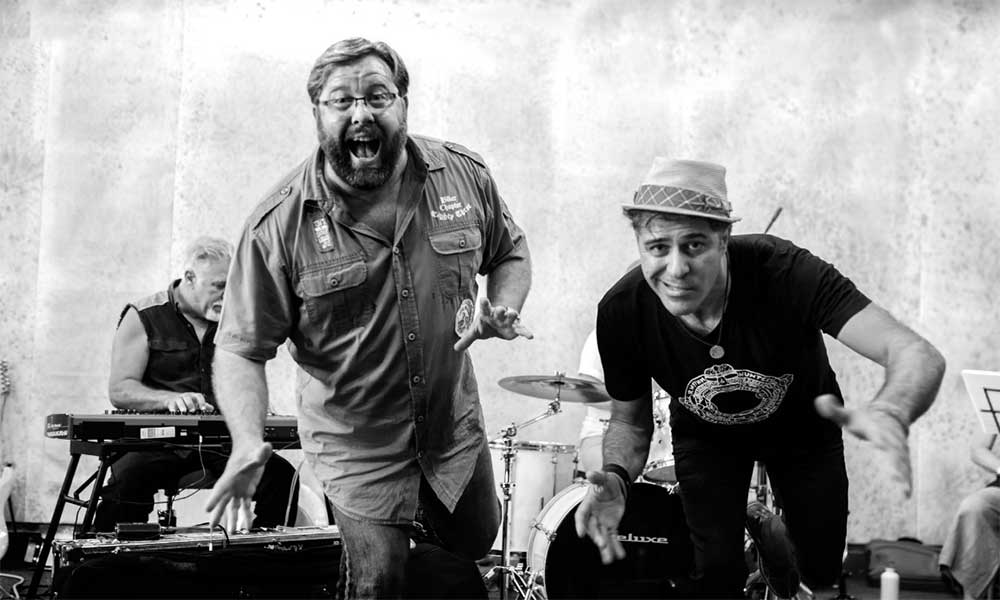 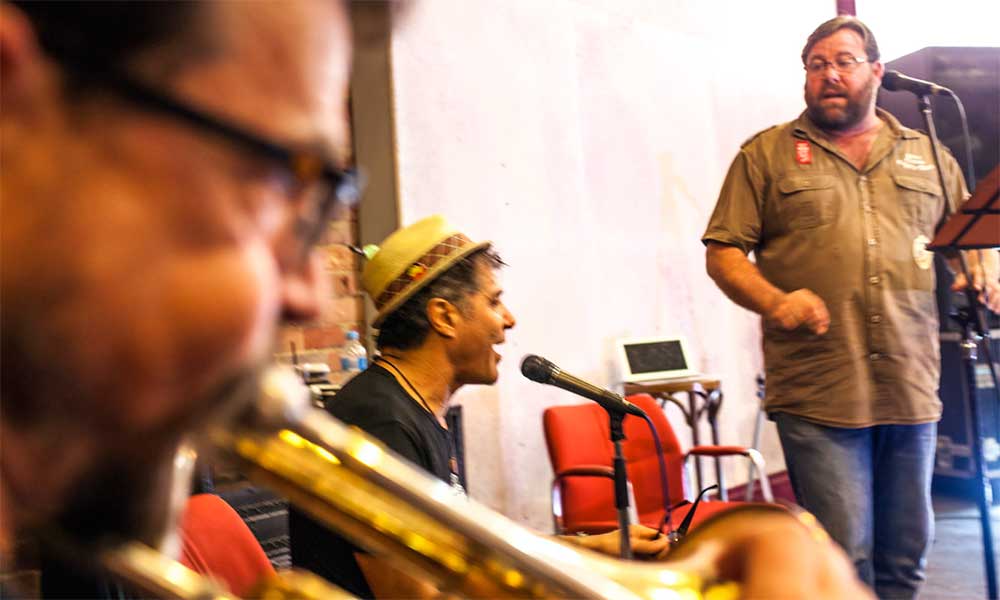 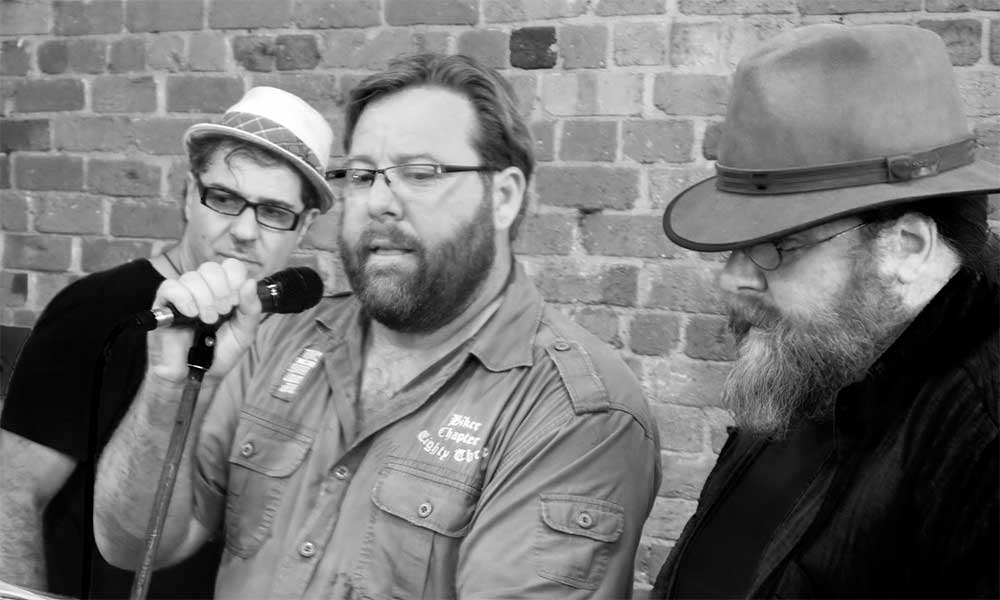 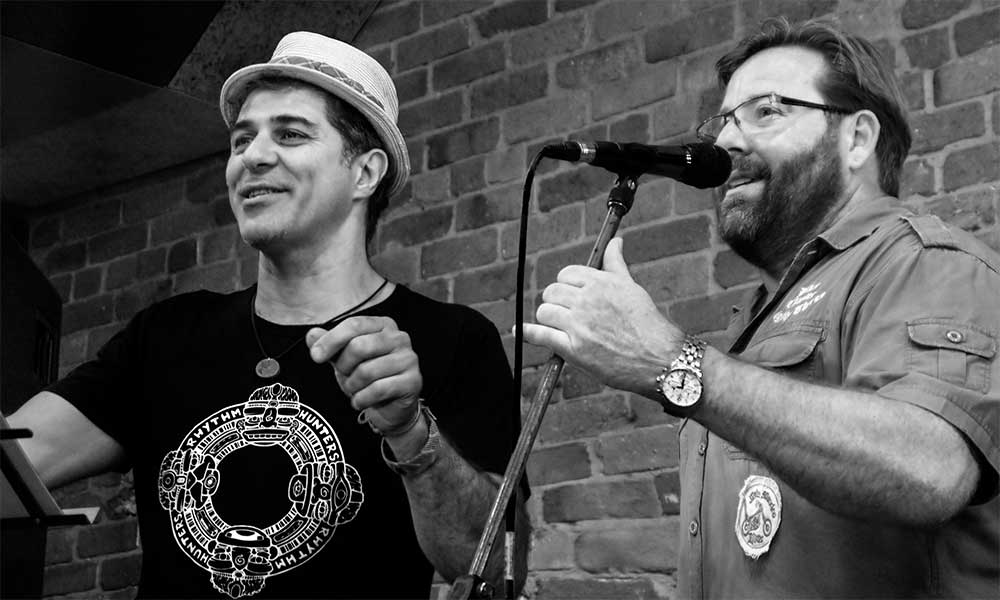